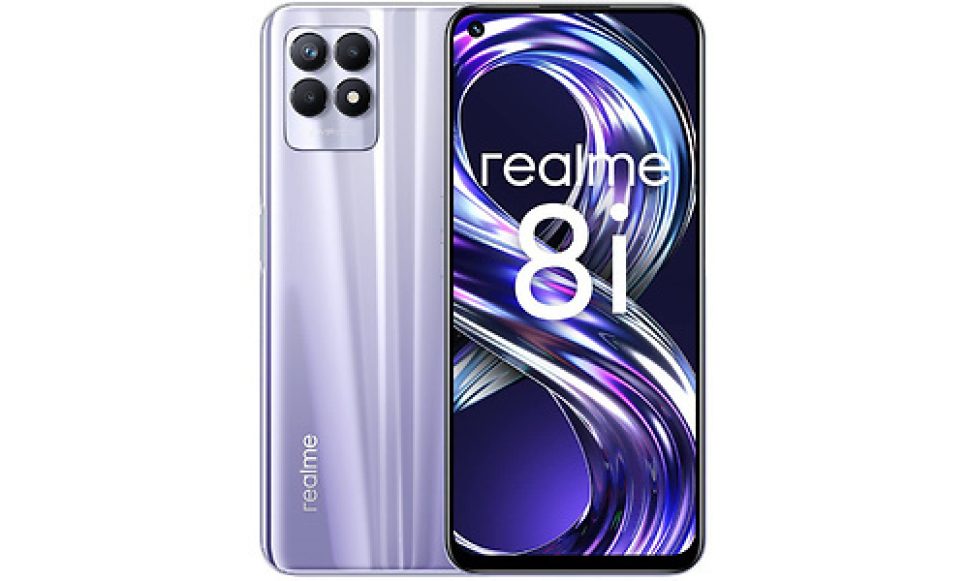 Now it is the turn of the Realme 8i, a device that shares many features with its siblings (including the price), but that adds substantial improvements such as a screen with a 120 Hz refresh rate, something that we are not used to in phones of this price range. We will delve into all aspects of the new Realme 8i so that you can compare it with other devices on the market and with its brothers.
Screen and design

As we anticipated, one of the strengths of this phone is its panel. It is the giant screen in the entire series with a diagonal of 6.6 inches, although its technology is LCD and not Super AMOLED like those of Realme 8 Pro and Realme 8.
Realme 8i Review

This panel has Full HD + resolution, a 120 Hz refresh rate, and a brightness of up to 600 units that did not leave us with the best sensations. The viewing angles and the settings with which it arrives from the factory are correct. The brightness level is also more than sufficient, even for outdoor use, and the higher refresh rate is appreciated because it gives it a lot of fluidity, something that, as we say, is not common in phones at this price.

As for the design, there are few new features compared to the Realme 8. Moreover, we could say that it is practically identical to the original model. Therefore, it is a relatively simple design, with curved lines, reduced bezels, and a glass back. The unit we tested was in purple (another version in black), and fingerprints and dirt were marked on its back, so we recommend putting the transparent cover with the box.

Of course, we do not have a fingerprint sensor under the screen, but this is located on the right side, on the power button. It is a reasonably accurate sensor and responds quickly in almost all situations.

The Realme 8i mounts a triple rear with 50 MP f/1.8 and two 2 MP sensors, one for portraits (monochrome) and the other for light collection. It is not the strong point of this phone. It solves and is enough for an undemanding user, but it falls short if we want excellent results.

In general, the camera of the Realme 8i behaves well when the light is favorable, the portraits are also quite sharp, but the cut-out of the object with the background is a bit artificial. We can use the enhancement options the camera software offers, but the results look very cluttered and unnatural.

This also happens with night mode. As you can see from some of the sample photos we included in the review, the results are pretty artificial and very inconsistent, with very dissipated light sources and even quite a bit of noise.

However, the 16 MP front camera surprised us by offering very bright and well-defined selfies. In addition, the beauty mode based on artificial intelligence gives soft and unnatural results, which does not usually happen.

As we can see, the Realme 8i surpasses the rest of the eight families in some points, such as the screen and the processor, but it also has some shortcomings that should not be overlooked. For example, the absence of a sensor under the screen in this device is striking when the Realme 8 – which costs the same – integrates it.

It is also missing that it offers 5G connectivity and that the cameras would have had some differentiating points compared to the other models. Still, we must not forget that it is a phone with a price of 199 euros for the 4 GB RAM version. And 128GB of storage.

On the other hand, its design, screen, and performance are more than enough for an average user, so it can compete perfectly with other devices such as the Xiaomi Mi 11 Lite (although it has a much better camera). In conclusion, we can say that this phone is perfect if you are looking for a device for less than 200 euros with a 120 Hz rate, since today only the Xiaomi Poco X3 Pro offers that feature, by the way.

The device has 4G connectivity and integrates a MediaTek processor, the Helio G96. This chipset is the latest from the manufacturer. The Realme 8i comes accompanied by 6 GB of RAM and up to 128 GB of internal storage with the possibility of expanding up to 256 GB through two nano-SIM cards and one micro-SD card simultaneously.
Realme 8i Review

Generally speaking, the device offers enough performance to perform everyday and even more demanding tasks. When we used the phone, it did not experience sudden closures of applications or system hangs at any time, although it got a little warm during prolonged use.

As for the battery, the Realme 8i has a 5,000 mAh battery with a fast charging system of 18 W Dart Charge (the compatible charger is included in the box). With the screen at 60 Hz, some got up to a day and a half of autonomy; by maintaining the 120Hz rate all day, the phone didn’t make it to the end of the day, which was to be expected.

A full charge requires approximately 1 hour and 20 minutes. The best way to use this device’s screen is to automatically select the refresh rate since it only goes up to 120 Hz when necessary, and thus we do not drain the battery as much.

The Huawei nova 8i Review