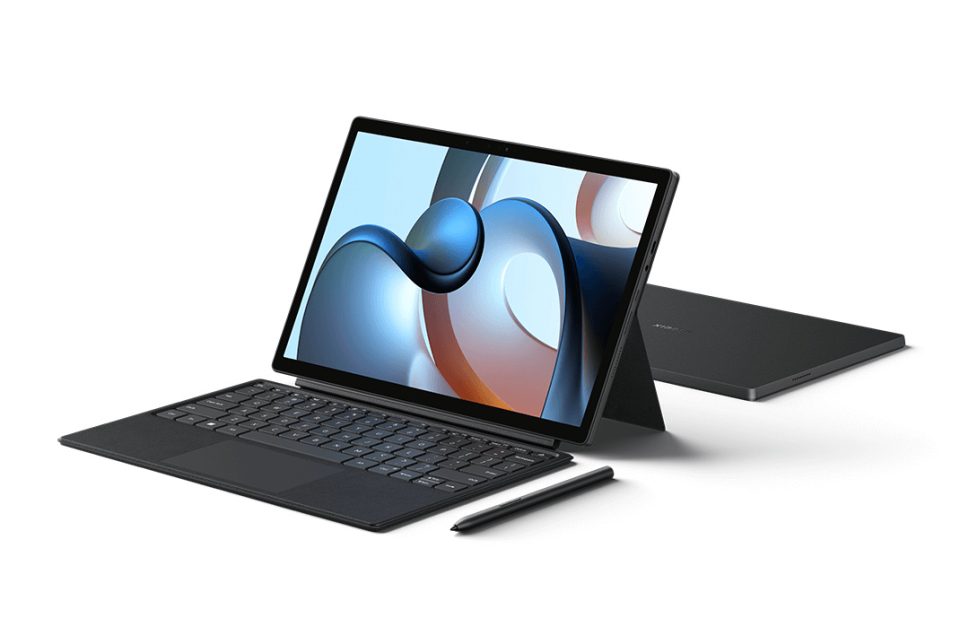 The Mac Studio can come with either the M1 Max or the almighty M1 Ultra, the world’s most powerful chip found inside a personal computer. It’s the first PC to offer unprecedented performance, a wide range of connectivity, and entirely new capabilities, all in an incredibly compact design that you can put on your desk without straining your eyes. Apple says that with Mac Studio, you’ll be able to perform tasks that are impossible on other desktop computers, such as rendering huge 3D environments and playing 18 ProRes video streams.

On the other hand, the Studio Display is the perfect complement to Mac Studio, although it also combines excellently with any Mac. We are talking about a 27-inch Retina 5K, a 12 MP Ultra Wide camera with Center Stage, and a six-speaker high-fidelity sound system with spatial audio. The Mac Studio and Studio Display transform any workspace into a cutting-edge creative studio.

We had the chance to try out the Mac Studio and Studio Display along with the new Magic Keyboard, Magic Mouse, and Magic Trackpad, and we couldn’t have been more impressed.

The one we tested is a setup geared for professionals with massive workflows: a Studio Mac with M1 Max chip, 32-Core GPU, 64GB memory, and 2TB SSD, paired with Studio Display Standard Glass, plus a Magic Keyboard. with Touch ID and numeric keypad, a Magic Trackpad, and a Magic Mouse.

Of course, it is a delicious team, both visually and in performance. And if you can afford it, you will enjoy it like no other. However, underutilizing a section of this power is very easy. Our editorial work these days ran like natural silk, which incidentally helped us see how WordPress fails.

The test unit came with some pre-installed design, editing, and production programs: Final Cut Pro, Logic Pro, Adobe Lightroom, and others. With these workflows, you can see the true power of Mac Studio and the technology built into the M1 Max.

Apple isn’t lying to you when it says the Mac Studio fits on any desk. It takes up less space than a letter-size sheet to give you an idea. However, is it as promising as its specifications and the $8,000 the most potent model can cost?

Using Logic Pro, we reproduced multi-Grammy Award-winning artist Lil Nas X’s Montero project. This work was mixed in Dolby Atmos, and we were allowed to experience this spatial audio on Studio Display.

The Final Cut Pro program folder allowed us to reproduce the impressive Faces of Malaysia project with 8K ProRes footage.

And with Adobe Lightroom and Adobe Photoshop, we could appreciate a catalog of over 1,000 photos from a professional shoot (in Lightroom Classic) with impressive, effortless performance in Mac Studio and stunning detail in Studio Display.

To put it in numbers, the Mac Studio powered by M1 Max lets you:

For our work, Apple has the detail of leaving us their products for a few days to test them. Still, in your case, you have to be aware of what your actual needs are since we are not talking about cheap equipment – ​​the configuration that we were lucky enough to try exceeds the $5,700—and that’s not even mentioning the “underutilization” of devices made for tasks that require the most available power and capacity.

We refer to designers, filmmakers, photographers, and other professionals who cannot work with computers. For them, the Mac Studio will be their new object of desire. Every element of this configuration has been designed to optimize the performance of the M1 Max by producing an unprecedented amount of power and capacity in a design that will also fit perfectly on any desktop.

You should not expect many surprises when you open the box of your Mac Studio since it does not include a monitor or other peripherals; you’ll see the case, a power cable, and a pair of USB-C to Lightning cables.

Made from a single piece of aluminum and just 7.7 inches wide by 3.7 inches tall, it takes up very little space and fits nicely on most displays. It features a unique double-sided fan system: precisely placed airflow channels and over 4,000 perforations on the back and bottom, which guide air through internal components and help excellent machinery. We can attest that it’s the quietest CPU we’ve ever put on a desktop.

The front part stands out for its simplicity. It’s clean and uncluttered and will be instantly recognized and adored by any Apple design lover. But if there’s one thing the Mac M1 stands out for, it’s its connectivity. And it is on the back where the fun is in this matter: four Thunderbolt 4 ports, two USB-A inputs, HDMI connectors, Ethernet, and even a 3.5 mm jack for the nostalgic.

Apple’s idea is that you include the Studio Display in your purchase. However, the manufacturer assures that you will be able to use not one but up to five screens simultaneously, four of them at a resolution of 6K at 60 Hz; the rest is limited to up to 4K. Nothing bad. The monitor only comes with a Thunderbolt cable and is available in three options:

The Studio Display also adds a 12 MP ultra-wide camera with Center Stage – which keeps you focused on video calls with FaceTime – plus three microphones and six speakers with Spatial Audio.

You’re probably wondering who needs five full-resolution displays connected simultaneously. As you try to answer yourself, be clear about something: Mac Studio allows it. Since it can handle up to 90 million pixels, you can use up to four Pro Display XDR monitors and one 4K TV simultaneously.

Studio Display features a 27-inch Retina 5K display with over 14.7 million pixels. With 600 nits of brightness, P3 wide color, and support for over a billion colors, images come to life in spectacular detail. Accurate Tone technology automatically adjusts the screen’s color temperature as the environment changes for a more natural viewing experience. An anti-reflective coating allows for incredibly low reflectivity for better comfort and readability. And for workspaces with bright light sources – including sunlight – the Studio Display offers an innovative nano-textured glass option.

And it’s not just what it reflects: the Studio Display also looks elegant, with a slim design and minimal bezels.