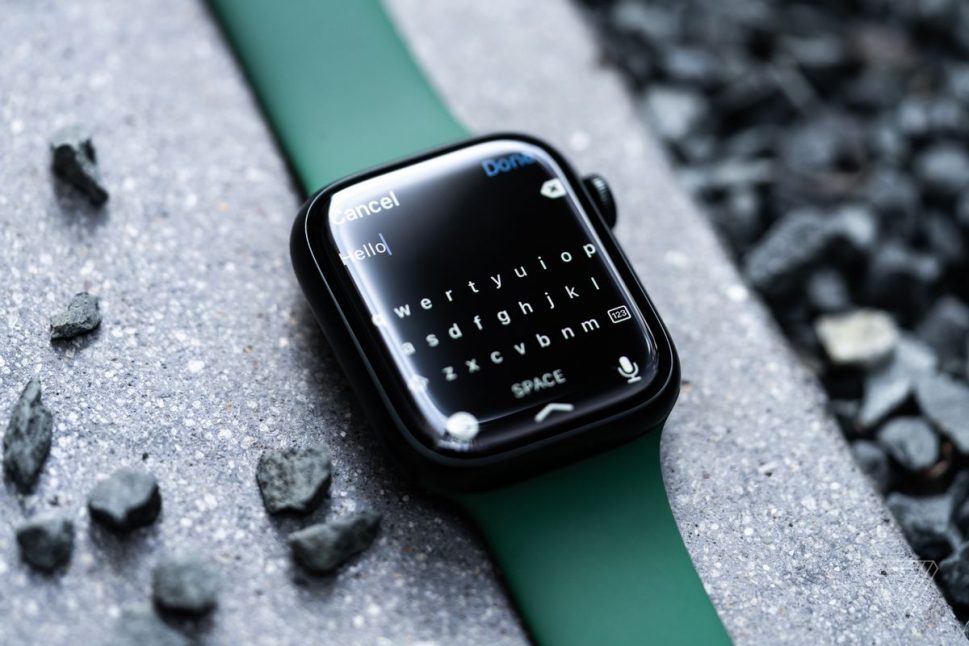 “The Apple Watch Series 7 is the watch with the readable screen we’ve always wanted, the water and dust resistance adventurers need, and the health sensors that have become essential in modern life.”

Has no new sensors The battery only lasts 18 hours

The Apple Watch Series 7 arrives with a larger screen, greater resistance, and more brightness, which gives it a slight distance from its predecessor, the Apple Watch Series 6. Is it worth buying for that alone? After a week of use, I’ll tell you what I liked the most and what the bitten apple company should do better in this review.

The Apple Watch Series 7 is an Apple watch representing an evolution concerning what we have seen so far. We have been used to obtaining new sensors every year, but the news is more related to design and a more delicate operation to improve the user experience.

As you can see, the differences between last year’s clock and 2021’s are not that great. Although the processor has a different name, it offers the same good features as its predecessor; We will see the biggest changes on the screen —which I will describe to you shortly— and when loading a little faster.

If you come from an old generation Apple Watch like the 3, 4, or even the SE, you will notice big differences concerning those devices.

One of the features that surprised me for good was the display on the new Apple Watch Series 7. Both sizes grew from 40 to 41mm and 44 to 45mm. That means they are 20 percent larger than Series 6.

You might think it’s not a big deal, but several details make this the best Apple Watch display to date. On the one hand, we have a higher brightness indoors, making the panel look better when it is in sleep mode. To that, we must add more space for text on the screen, something that those of us who respond to messages through the panel will appreciate, and much. Another great novelty is the full QWERTY keyboard to respond, and that also has artificial intelligence to help you complete the words.

In addition, Apple improved the operating system buttons: made them larger and easier to touch. You will notice this in the calculator or the numbers to unlock the device, which are also a little larger.
A similar design, new colors

The larger screen on the Apple Watch Series 7 makes the watch feel a bit more solid, and it is, as the construction of the device was beefed up. Its panel is 50 percent stronger, and its sides appear a bit more rounded with a surface that feels flattered, as the side curve was minimized, as were the device’s edges.

Apple released a new green color and revamped red and blue to make those colors stronger and brighter. This watch also improved its durability; not only does it have water resistance to 50 meters deep, but for the first time, it adds IP6X dust resistance so that you can go on all those daring excursions without problems.

The Apple Watch Series 7 maintains practically the same processor as the previous watch. The S7 chip has a very similar configuration, which is not bad, as the Watch 6’s processing was excellent, and it is still 20 times faster than the Series 5 and SE. To that, we must add that it includes the U1 chip, which has a function very similar to that of short-range NFC that, little by little, will obtain new features, including opening the door of your car.

Today, many BMW vehicles are compatible with Apple Car Key, and more models will be added to the list.

In my general experience, I have to say that the watch feels very fast, plus the digital crown feels smooth and executes commands well, so there is not much more to report in this regard.

Something The one thing everyone always wonders is how long the battery will last. Well, Apple did not introduce more in this watch and continues to say that it will give a maximum of 18 hours. In tests, on a day with an hour of training, the battery performed until the next morning, while on a quiet day — no exercise — I managed to use it almost until noon the next morning. In both cases, I slept with the device to be able to monitor my sleep.

What’s new about this watch is fast charging, as the new charger can give you 80 percent of the battery in 45 minutes, while the Series 6 did in a now. Plus, charging it for eight minutes can give you eight hours of sleep monitoring.

A watch to monitor your health

Similar to what we found in the Apple Watch Series 6, the 7 includes the sensors that Apple had already introduced. It maintains the electrocardiogram sensor and blood oxygen sensor and has functions such as menstrual cycle measurement and sleep monitoring. In this section, I would like from Apple that the health information in the application is easier to understand as in Fitbit devices, where everything has a more user-friendly explanation thanks to the gamification of certain aspects.

For example, in the sleep section, Fitbit can give us a rating and even tips to sleep better, but Apple only gives the result and a basic explanation, which is not very helpful if you want to take action and sleep better.

This review would not be complete if we did not mention Apple Fitness Plus. If something I love about this service is its ability to link the rings on the screen and see all your activity, and with the arrival of the Watch 7, the application has gained group training, which allows you to start any activity with your friends at the same time. Time, although at the moment, two people cannot do a workout on the same screen.

In addition, Apple Fitness Plus will finally arrive in Mexico, Colombia, Spain, and 12 other countries by the end of 2021, although at the moment, only with subtitles.

Should you buy the Apple Watch Series 7?

The Apple Watch Series 7 is not a great evolution if you have a Series 6, but it does incorporate big changes such as its larger screen, brighter and faster charging. If you watch before Watch 6, you will notice a big difference, and the change is advisable. If you have an iPhone, the Apple Watch is the best health monitor you can buy for your cell phone.