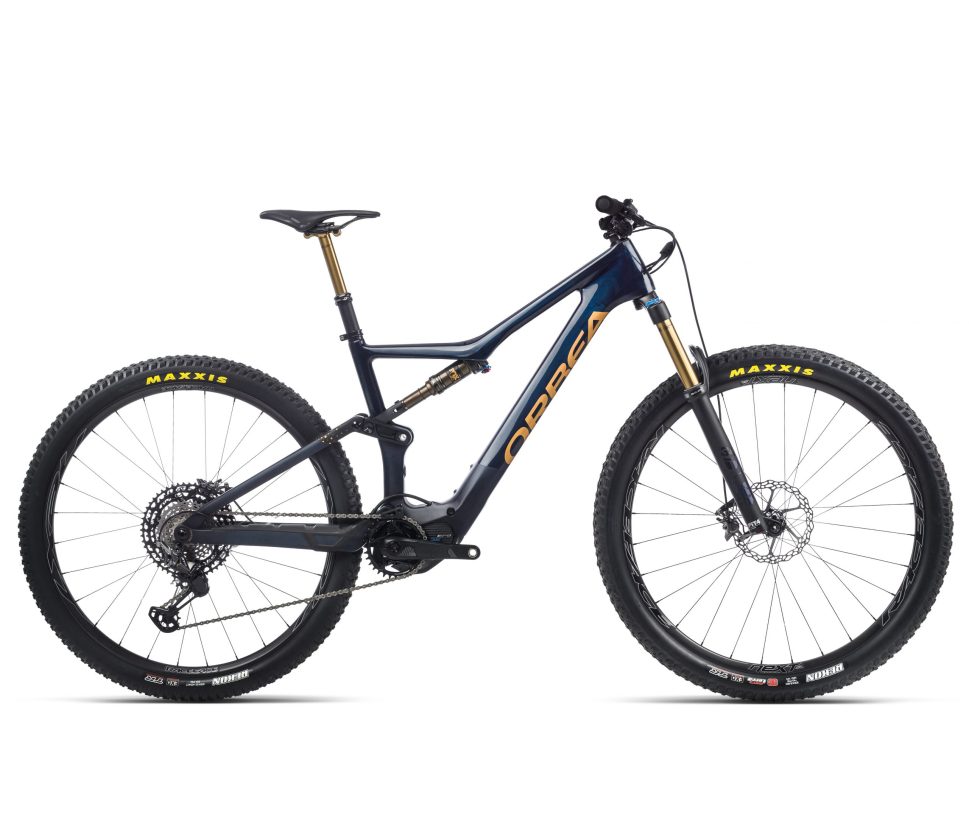 Orbea Rise, review: the most realistic electric mountain bike appears when Orbea allows itself to map the Shimano motor

In a full blast of the bicycle in all areas, from urban to the most radical enduro, of course with the e-bike variant always lurking, Orbea has allowed itself to do what nobody had been able to do before in the sector: customize a Shimano engine to one of their electric mountain bikes.

The result is the Orbea Rise with the revolutionary Shimano EP8 motor. But not just anyone but a version that the Spanish manufacturer, in collaboration with the Japanese giant, has been able to customize for the first time to get an electric mountain bike (e-MTB) that does not control the human but lets himself enjoy the way more natural and real possible so far in the sector.
Orbea Rise M20 2021 electric bike with Maxxis Dissector 2.40 “60 TPI 3CMaxxTerra Exo TLR tires, Race Face AR 30c Tubeless Ready wheels, and Shimano SLX M7100 SGS Shadow Plus rear derailleur.

The Orbea Rise is not the first electric mountain bike that seeks to separate something from the idea and, above all, the image of the most common market for this type of product: the world of enduro. In the sector, they are called light e-MTBs, and their Rise is unstoppable.

What is different about the Orbea Rise case is that the Spanish manufacturer has been able to develop its version of the Shimano EP8 to achieve a different user experience than what we can find on the market.
Orbea has achieved something unprecedented in the sector: being able to modify (and customize) a Shimano series motor for its new electric bike.

The result is the Shimano EP8 RS (Rider Synergy), a great achievement for the manufacturer as heHe was responsible for the Rider Synergy (RS) firmware that Shimano used to configure the “Spanish” version of the EP8 engine. Part of that customization has consisted of the choice of the power curves and the complex behavior of the engine.

The Shimano EP8 RS in its natural habitat

The entry Shimano EP8 RS is presented as a version of the EP8 with 60 Nm instead of the usual 85 Nm of the official version available for other manufacturers and bikes. It may seem like a step backward, but as we will see, it is the base ingredient for this new way of understanding e-MTB.

The balance between weight, support, and muscle

Except for users outside the mountain bike circuit, although it is not difficult to identify Rise as an e-bike, the design and appearance of Orbea’s new electric are some of the most successful among electrified MTBs.

We are talking about a bike with an OMR carbon frame weighing less than 2.5 kg, a geometry closer to the trail bike than the enduro bike, but that meets both ends and, of course, in disciplines located in the middle.
The trail geometry and its peculiar way of delivering power seek to attract the rider who denied the e-MTB but without discouraging the enduro sector.

With this premise, the main difference between the Orbea Rise and the classic e-MTB is that, in philosophy, it is not a bike that takes you nowhere, but your legs that must earn the power delivery, which is it adapts to the natural cadence of pedaling, which, as we shall see, we can “personalize” with the help of two usage profiles.

The starting point is clear: the rider’s pedaling (and more specifically, the cadence) is basic and essential for the EP8 RS motor to act, as can be seen quickly in the choice of a 32-tooth chainring that helps to achieve a more cadence. High.
Orbea Rise Review Engadget Design Engine
To identify it as electric, you have to pay attention.

Although in this test, I am focusing on the experience and sensation with an e-MTB that is different from what is currently on the market (and that it will probably take a couple of years to replicate other brands, which Orbea has been working on for two years). The advantage of joint development with Shimano), the Orbea Rise is a technical and component-level machine. There is no “economic” range for this model, starting at 6,299 euros for the most basic model, the Rise M20.
The Orbea Rise, with a 29-inch wheel and double suspension, integrates a 360 Wh battery as standard, but we can expand it to 600 Wh thanks to an external battery attached to the bottle cage.

There are several montages. The one that I have tried is the one with the highest range, and we found a good part of the best on the market at the component level and a lot of exclusive creation precisely for this model, from the aforementioned 32-tooth chainring to the wheel compound, exclusive for now for this version of the Orbea Rise.
Orbea Rise Review Xataka Double Suspension
A full-suspension e-Mtb with top-of-the-line components all around

In total, in the best configurations, we are talking about weight of just over 16 kg, an uncommon figure for an electric bike in this segment.
The Shimano EP8 RS motor, the key to the experience

The Shimano EP8 RS of the Orbea Rise does not present physical differences concerning the EP8 that we can see mounted on other e-mtb’s. Its dimensions and weight are the same. But it is not anywhere near the same engine in everything else.
The EP8 RS engine is physically the same as the base model should not mislead us: what’s interesting is inside.

It may be striking that it offers 60 Nm instead of the nominal 85 Nm of the original, but in our test, we have never missed those extra Nm. Trialeras with slopes of more than 20% have been able to climb with agility and precision using the Boost mode that effectively “removes” 60 Nm.

The work of the Orbea engineers has been produced in the firmware and everything that has to do with the experience of the power it delivers. Work has been done on how and when the assistance should be produced so that it is as natural as possible and the adjustment of the motor torque or the cadence necessary to start helping our muscular effort.

But while the people at Orbea have been in charge of shaping the operation of the EP8 RS, it is the user who manages their experience in their hands.
The options that the Orbea engineers have left in the hands of the user of their Rise are managed from an application on our smartphone.

Shimano engine management is done with the help of Shimano’s E-Tube app. From there, we can change profiles, configure them to our liking and ultimately create an experience with the Orbea Rise as close as possible to how we want to enjoy it.