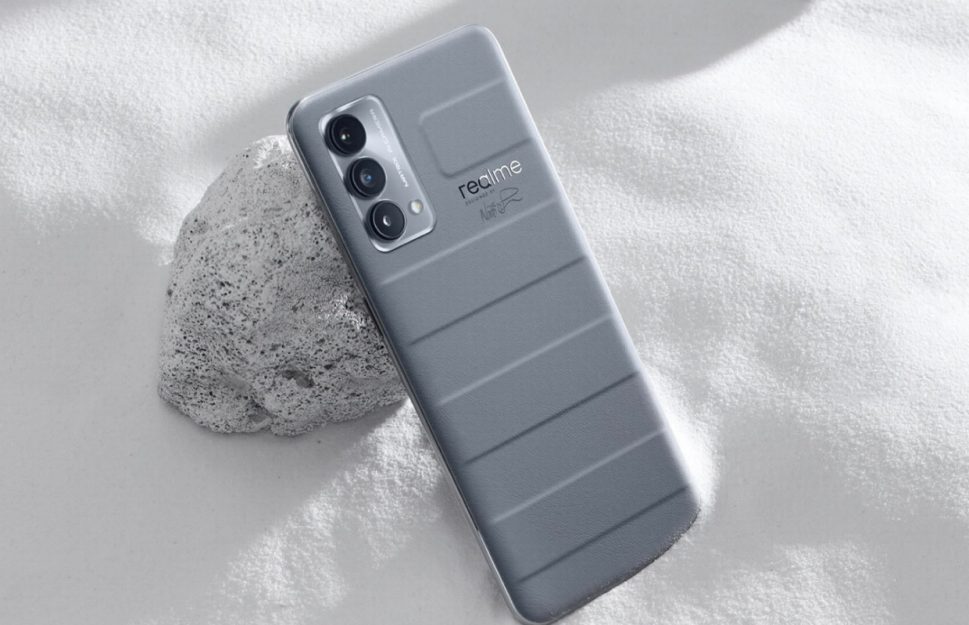 After presenting the Realme GT, it was the turn of this smartphone, which promises a very good performance with an unbeatable value for money. Without a doubt, this Realme GT Master Edition is a somewhat smaller version, but it promises to be one of the best-selling smartphones by the end of 2021.

Due to the good reviews that this Realme GT Master Edition was having, we said to acquire it to test it and give our verdict. We buy it for around 250 euros in one of the bargains that we publish on the website, although now that Black Friday is approaching, I recommend you be attentive to the offers that we will publish.

It must be recognized that this manufacturer is doing well with the different ranges of devices it has in this way; it is managing to gain a foothold at the top.

I want to comment that while I have been carrying this Realme GT Master Edition as a personal smartphone, I have been able to make small comparisons with the most powerful Realme smartphone today, the Realme GT and that we already have its review available at the following link :

This Realme GT Master Edition comes in a large black box with a silver screen print and the manufacturer’s logo in yellow. On the front of the box are the model and brand name and emphasize 5G technology. On the back of the box, there are some of the most relevant specifications, such as the 65W fast charge or the technology of its screen.

Inside is a small welcome message, a quick start guide, and a safety and warranty manual. Below we find the smartphone. And at the bottom of the box is the gray TPU case, the USB to USB Type-C charging cable, and a large European power charger.

As for the software, it has the Realme UI 2.0 customization layer that runs under Android 11. In the time that I have been using it, I have received a bug correction update. In the same way that I happened with the Realme X2 Pro, I suppose that they will update it to the following versions.

A few days before finalizing the review, the manufacturer confirmed that it would receive the Realme UI 3.0 version with Android 12 before the end of the year.

This system has all the languages ​​, including Spanish, German, English, French, Portuguese, Italian, etc.

On the other hand, Realme has integrated applications such as Voice Recorder, Calculator, Clone phone, file manager, Music, Videos, etc. I leave you some screenshots so that you can take a look at all the applications that are installed and their operating system.

From my point of view, you have a lot of apps that you probably won’t be using, but some of them can be uninstalled without problems, including some from Google.

Since Realme began with its first layer of customization, it has made every possible effort to continue improving its software and to be able to implement all the news and customization adjustments that other smartphones already had.

Currently, this layer of Realme UI 2.0 offers a wide configuration of the smartphone. We can select the rate of frequency of the screen of 60 Hz or 120Hz, although I recommend using the adaptive model. This will adjust to the different menus and applications of the smartphone using the most optimal screen frequency rate. If a game can only use 60Hz, the system will put The screen will be at 60Hz, saving battery by not having it at 90Hz. We can also configure the screen’s colors according to our preferences or enable the “dark mode” to take advantage of the pure blacks of this type of AMOLED screen. In addition, all those who acquire this smartphone will be able to choose whether to use the application menu or have all the applications in the main windows.

This Realme GT Master Edition has what is called a safe to have some applications with protection and hidden. You also can configure screen gestures and floating windows.

Something that has caught my attention is that it has a setting where you can observe all the processes running on the phone and be able to manage and stop them. On the other hand, you can effectively configure more RAM; that is, when you need more RAM, it will use part of the storage memory as RAM (very common in Linux-based systems and its SWAP partition)

It does not have video output through the USB type C port, so we will not be able to convert it into a PC as we have the possibility in Samsung with DeX or Huawei.

How could it be otherwise, and for all series and movie lovers, it should be noted that this Realme GT Master Edition has the Widevine L1 encryption codec so that we can enjoy Netflix with resolutions higher than FHD.

As for facial recognition, and as I expected, it is really good. The speed with which it unlocks in good light conditions is one of the best on the market. It must be understood that in low light conditions, we will have to use the help of the light from the screen to illuminate our face and that the unlocking is faster and more efficient.

This Realme GT Master Edition has a fantastic design made of glass. In terms of aesthetics and the device’s size, it bears quite a few similarities to its older brother, the Realme GT.

The dimensions of this Realme GT Master Edition are 73.5 mm long x 159.2 mm high x 8 mm thick and a weight of 174 grams for the black and white models. The “Voyager Gray” model, which is the finish that imitates the feel of a rigid suitcase, has a thickness of 8.7 mm and a weight of 178 grams. I would stick with the lightest model not only for this reason but for its aesthetics. I want to mention that it is not a heavy or large smartphone. If we compare it with other smartphones, we will realize this, and we will appreciate the good work that this manufacturer has done.

It has a 6.43-inch Samsung-made AMOLED screen with an FHD + resolution (1080x 2400 lines) that gives it 409 pixels per inch. I found a good screen with vivid and intense colors and good viewing angles. The maximum brightness reaches 1000 nits, which, taking into account the price of the terminal, is good.

The front part is all screen, taking advantage of 85% of the front of the smartphone. And it doesn’t have any physical buttons. The front camera is integrated into the left side of the screen, and the fingerprint reader is on the screen itself. Esté is extremely fast and accurate and has nothing to envy from other brands since it can d