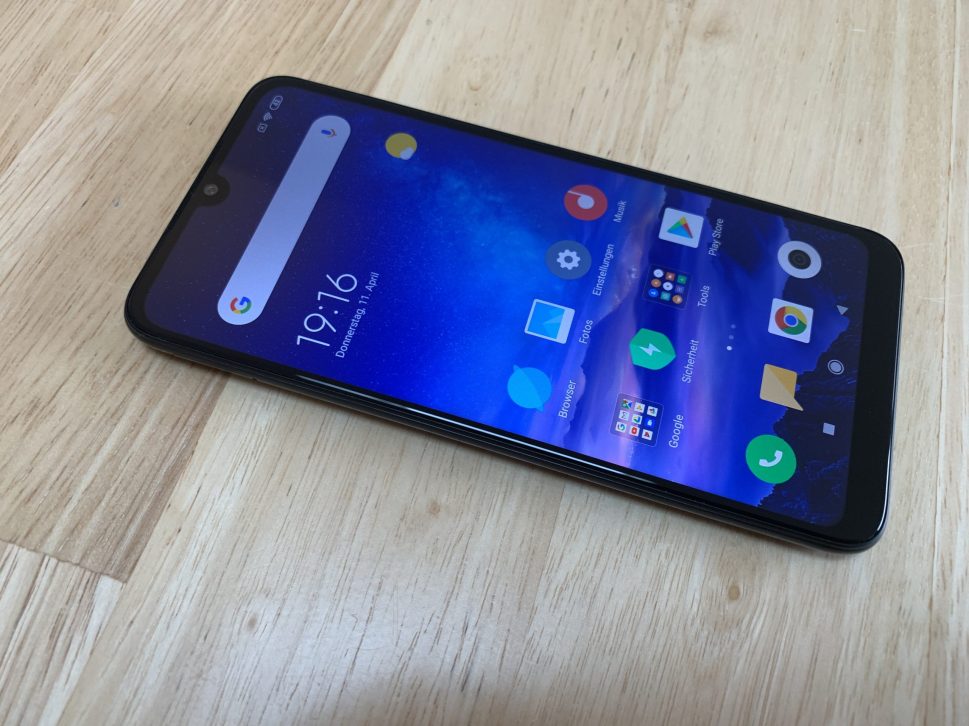 Xiaomi’s 2019 lineup for Redmi phones represents a drastic step in almost every respect. The new Redmi 7 looks nothing like the phone it replaces from design to hardware to battery life. The renewed competition from Samsung, Asus, Realme, and others has given Xiaomi a renewed focus, and it is evident in the latest hardware from the company.

We spent a week testing the Redmi 7, and this could be one of the best budget smartphones on the market.
Design

With the Redmi 7, Xiaomi is aiming for design parity with the Redmi Note 7 series. Seen from the front, the similarities are undeniable, and this time around, the Redmi 7 gains almost an inch in screen space, which is very close to the Redmi Note 7. The larger screen is accompanied by a waterdrop notch, as is the trend these days.

Unlike the Redmi Note series, the Redmi 7 is an all-plastic affair, and it is clear that a few corners have been cut to reach its price. The phone feels built at a cost, from the buttons to the bezel, and there are definite issues with fit and finish. The gaps in the panel are evident along the side of the phone, and we could feel a sharp ridge along the right side of the phone.

The edges of the rear-mounted fingerprint reader also stand out. The edges around the mid-box feel to the touch. I suspect this has more to do with pre-production hardware and streamlining production lines, but it’s still something to watch out for.

Our issues with sharp edges and panel gaps aside, the Redmi 7 feels solidly built. The volume and power buttons are tactile enough, and there are no unexpected oscillations when using the phone. The bottom edge has a Micro-USB port, something that is normal for the course at this price.

The phone has only one speaker, but it manages to be quite loud. There is little to no low end, but on the other hand, the music doesn’t crack even with the volume turned up.

While the new color gradients, especially our caramel apple to black fade, look fantastic, holding the phone reveals its less-than-stellar quality. The back feels sticky, attracts a lot of fingerprints. Xiaomi has clarified that the new glossy coating will also be more susceptible to scratches.

It seems that this aspect prevailed over the quality of the materials this time. If it was not clear, I am not very happy with the quality of the plastics used on the back of the Redmi 7. That is one of the key reasons I would recommend buyers expand their budget and buy a Redmi Note 7.

The Redmi 7 has a 6.26-inch IPS LCD screen with a waterdrop notch. In addition to the slightly wider bezels, the phone looks almost identical to the Redmi Note 7 when viewed from the front. The 720 x 1520 resolution is standard for the course for a phone in this price range, but we still wish it had a Full HD + display. Regardless, this is one of the best displays you can get for the money.

The screen is bright enough, and visibility was not an issue when I took it out in highly harsh sunlight. Color adjustment is entirely accurate for an entry-level phone, and the slight increase in saturation we’ve seen on other Redmi devices continues here. The viewing angles are great, and I didn’t notice any color change. Watching movies and pictures on the screen is a pretty good experience.

Speaking of multimedia content, the phone doesn’t support Widevine L1 DRM, but that shouldn’t make a difference as the Redmi 7’s display isn’t a Full HD panel, and you won’t miss a lot.

The Redmi 7 gets a significant boost in performance with a jump to a Snapdragon 6-series processor. You are powered by a Snapdragon 632 chipset; the phone ships with two or three gigabytes of RAM, depending on which variant you choose. There is an Adreno 506 GPU on board. Storage maxes out at 32GB no matter which variant you choose but can be further expanded via a microSD card.

We tested the phone through the 4G network and found I know the phone does a reasonably good job of maintaining a network. Call quality wasn’t the best, but it will get the job done.

A very welcome upgrade is the 4,000 mAh battery in the Redmi 7. A massive leap over the 3,000 mAh cell in the Redmi 6, the phone comfortably lasts a day and a half on a single charge. With lighter use, you can easily manage two days of service with the Redmi 7. Charging takes longer than we would have liked – the included 5V 2A charger takes just over 130 minutes to charge the phone entirely.

I wasn’t expecting much in terms of performance, but the Redmi 7 pleasantly surprised me. The phone did a pretty good job with the standard use of Facebook, Gmail, WhatsApp, Twitter, and Reddit. It wasn’t always the fastest when opening apps, but the key takeaway here was consistency. Whether it’s scrolling or multitasking, as long as you keep your expectations in check, the Redmi 7 delivers on its promise.

The game is an entirely different story. While PUBG runs on Redmi 7, the experience is less than satisfactory. Bringing the graphics to the highest option available, balanced HD gave us mixed results. The game was playable, but it was dropping frames often enough not to be an enjoyable experience. Lowering the graphics even further gave me a consistent frame rate, but the Redmi 7 is not the phone to buy if gaming is a big part of your use case.

Budget phones are often relegated to older software versions, and there are no signs of updates, not so with the Redmi 7. The phone runs Android Pie with a slice of MIUI 10 and all the positives, negatives that come with it.

It’s exciting to see how high-quality images and multi-camera sensors have trickled down to entry-level smartphones. The Redmi 7 is a testament to that. The phone has a combination of a 12MP primary camera combined with a 2MP depth sensor. The results are pretty impressive.

The phone also does an excellent job of capturing photos in portrait mode. Xiaomi’s algorithms have improved a lot, and it’s great to see this boil down to inexpensive devices. Edge detection is pretty good, and the bokeh droop is quite natural.

Low light or indoor shots can be a mixed bag. On the one hand, with adequate ambient light, it is possible to get a good shot. But the phone tends to slow down the shutter speed, making it difficult to get a sharp image. This isn’t the phone for shooting in meager light, either.